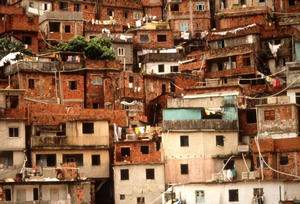 I’m having a lot of thoughts of my upcoming trip to Brazil and I’m trying to reconcile time constraints with a desire to provide service. The truth of the matter is that most schools that can afford to bring me to their respective countries are private and never seem not to belong to the lower socio/economic rungs of the ladder. My heart often aches because I have an intense need to spend time with schools and community organizations that mirror the grassroots structures that I began with here in South Los Angeles years ago.

I can typically work in one or two school/community center visits during my month-long tours but even that is difficult to schedule. The needs of the host schools usually extend beyond the typical school day, as we view it here in the United States. I would not trade my dinners in the evening with staff and teachers who plan such things nor would I alter the impromptu gatherings I’m invited to be a part of in people’s homes.

One of my biggest regrets, while I was in Colombia, was not making it to the coastal area of Choco. In Bogota and Cali I was able to spend time with families from the region but there is nothing like traveling to a historical area and encountering, 1st hand, things that you’ve only read about (the earth, air, architectural structures, music, food, etc.). Choco has its historical roots as a coastal city built up from the slave trade. People often forget that, during slavery, families where separated on many levels. A persons mother could be sent to North America, a father to Central America and the children might end up in South America. This is not an exaggeration. Slavery was not the neat, clean peculiar institution that many would make it out to be. For me, knowing that there is a chance that, by blood, many I could be connected to another without our knowing it is profound.

In the upcoming trip to Brazil I’ve been seriously thinking about whether or not I’ll be able to visit a few of the contemporary community quilombos and Casas de Candomblé. Having spent many years in the center of rodas, playing birimbau, dancing Candomblé rituals, and studying maroon societies such as Palmares, I am overly excited about placing my feet in a land that celebrates so many of its African roots.

Brasilians have adopted a Portuguese word, favelas, to designate slums. I’m always hesitant to use words like slum or ghetto because that may not be what they represent to those who live there. I hope that I am able to take some of my own time, free time as they call it, and visit some of the schools and community centers located in, at or near the some of the favelas. I know most of these schools would never be able to afford to fly me in and host me but maybe a small donation of my time would go a long way in showing that, across the world, there are others who care about what is happening to the less fortunate in societies.

I’m working on it and I’ll update you with how things are going. Two weeks and we’ll board the plane to Brazil. Are you as excited as I am?